A Time Before Mark Zuckerberg

If you ask the average person what the first social media network was, we can bet most would say Facebook. Some would say MySpace, and a couple would say Friendster. Take it a step back even further and you’ll find a website called Six Degrees. This was the first social media network that, you guessed it, aimed to connect people from six degrees of separation. A cool concept, but it didn’t last very long. After a short four years, the website was shut down (although still accessible when we checked it out!).

This concept proved to be something users enjoyed and wanted more of. A couple months after Six Degrees “shut down”, Friendster and LinkedIn appeared on the scene. And not long after those came MySpace – the network that really upped the social media game.

MySpace had everything a social network user desired – a way to share photos, videos, flies and connect with friends. Who remembers Tom? Everyone was friends with Tom! Do you remember your top 6 friends? That was always hard to pick. MySpace was great because it also gave many young people their first go at coding. What a program! Timing was perfect for MySpace since their target audience was either just entering high school or college, thus creating a niche for finding new friends, dating and networking. But we all know what came next.

Here comes Mark Zuckerberg and Facebook in 2004 and it really blew every other social network out of the water. It started as something only for Harvard students, but quickly expanded to other colleges and universities. And then, something that was only for young adults with a college email address, opened its virtual doors to anyone 13+. And now we all know how the story of Facebook went. But why did it succeed when others didn’t?

Besides being desired by everyone who didn’t have a .edu email address, Facebook’s success can be linked to its ability to profit from users. They really did think out a solid business model when it came to advertising and monetization of Facebook. By giving businesses a way to directly market to their target audience, Facebook started to really rake in the money. Other networks then started to copy. Pretty typical in this world. Copy and try to be better.

Big players in the social media game like Twitter, Instagram, Snapchat and YouTube followed with similar advertising and monetization success stories. It seemed like everyone would be a winner from the business to the social network to the user. But is the market too saturated now?

Being Different in Social Media

From a business perspective, it is important to look closely at your target audience, their likes, dislikes, desires, wants, needs, etc., and find out which social media networks they use on the reg. Even though new social media networks still tend to pop up, they don’t ever really seem to catch on like Facebook did because they are just duplicating the efforts and not doing anything extraordinarily new.

This is how a business should also approach social media when using it. Social media is all about breaking the mold and doing something outside the box. Social media can be a place where something new is tested on a market, where users connect and grow with a brand and where business comes full circle with stories from A to Z of how it has helped someone.

Social Media is Here to Stay

Love it or hate it, social media will be here to stay for the long haul. From just the United States to now the whole world, people can connect with each other and see, hear and literally do things together on the Internet, though miles apart. Of course social media will change and veer off onto different paths as all businesses do, but for the most part, the concepts will remain unchanged.

As a digital marketing agency, we highly recommend checking out all of the social media channels available to you and decide which one or two you’d like to focus on the most. We can also talk about advertising budgets and which options might work best for you and your target audience. Connect with us on Facebook, Instagram and LinkedIn, plus find us on Google My Business, and let’s talk social!

Social Media – Then and Now

Why Outsourcing Creative and Design Services is a Great Idea

How To Keep Your Website Safe and Secure for Visitors

The Secret to a Successful Workplace: Communication

Why Now is a Great Time to Reset Passwords

Is Change on the Horizon for Marketing?

True Fit Marketing has been recognized as a 2021 Top 30 Best Branding Agency in Pennsylvania by DesignRush.

Are Generational Groupings Helpful for Marketers and Business Owners?

Should My Business Use Facebook’s Wi-Fi Service For My Customers?

Google My Business – What Is It and How Does It Work?

A Blog on Why Video Marketing is Important. Isn’t that Ironic?

Google Update – Modified Broad Match is Out the Door

The Newest Social Media Craze – What is Clubhouse?

Why Your Business Would Benefit From Videos 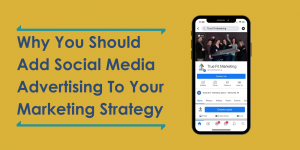 Why You Should Add Social Media Advertising to Your Marketing Strategy 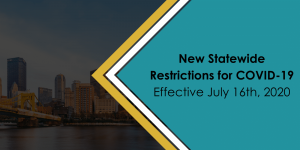 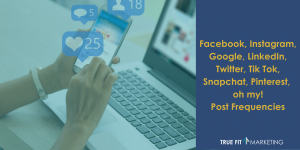 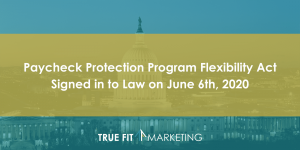 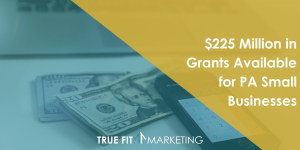 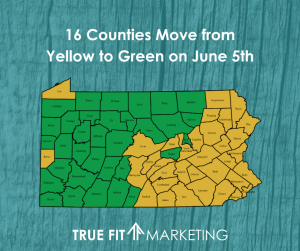 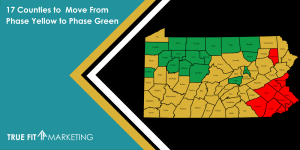 The First Counties to Move From Phase Yellow to Green 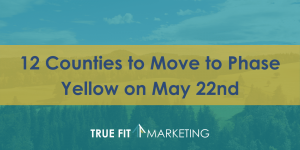 12 Counties to Move to Phase Yellow on May 22nd 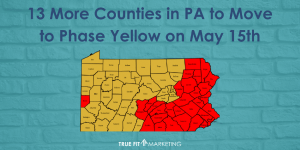 13 More Counties in PA to Move to Phase Yellow 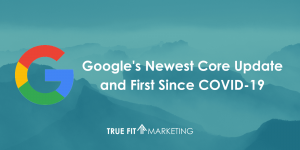 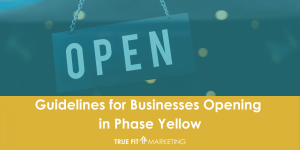 24 Counties in PA Set to Open May 8th 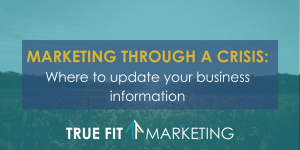 Marketing Through a Crisis 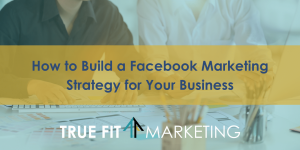 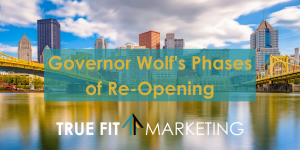 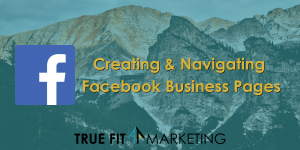 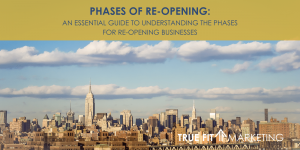 Guidelines for Opening Up America Again 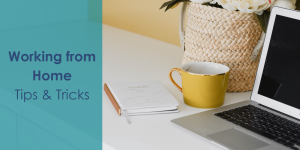 Social Media – Then and Now

Why Outsourcing Creative and Design Services is a Great Idea

How To Keep Your Website Safe and Secure for Visitors

The Secret to a Successful Workplace: Communication

Why Now is a Great Time to Reset Passwords

Is Change on the Horizon for Marketing?

We'll Be Here When You Need Us!

We use cookies on our website to give you the most relevant experience by remembering your preferences and repeat visits. By clicking “Accept All”, you consent to the use of ALL the cookies. However, you may visit "Cookie Settings" to provide a controlled consent.
Cookie SettingsAccept All
Manage consent

This website uses cookies to improve your experience while you navigate through the website. Out of these, the cookies that are categorized as necessary are stored on your browser as they are essential for the working of basic functionalities of the website. We also use third-party cookies that help us analyze and understand how you use this website. These cookies will be stored in your browser only with your consent. You also have the option to opt-out of these cookies. But opting out of some of these cookies may affect your browsing experience.
Necessary Always Enabled
Necessary cookies are absolutely essential for the website to function properly. This category only includes cookies that ensures basic functionalities and security features of the website. These cookies do not store any personal information.
Non-necessary
Any cookies that may not be particularly necessary for the website to function and is used specifically to collect user personal data via analytics, ads, other embedded contents are termed as non-necessary cookies. It is mandatory to procure user consent prior to running these cookies on your website.
SAVE & ACCEPT
Translate »